Difference Between AI and VI-The Ultimate Battle of Intelligence

Human intelligence is demonstrated by humans, while AI is demonstrated by machines. Meanwhile, VI refers to artificial intelligence within a virtual environment. Much like in the way we confuse the difference between AI and VI. Also, with virtual reality augmented reality and mixed reality, it can be easy to assume that AI vs VI are the same – and we’re not totally wrong. After all, they’re both:

We’re here to help you distinguish between them.

Let’s begin by defining the two forms of intelligence.

Virtual Intelligence (VI) – Where We Are Right Now

VI has actually been around and kicking about for waaaaay longer than you think. In fact, you may even use it every day. It’s present when you open navigation apps like Google Maps. And when you track your daily steps on your Fitbit. Or when you listen to Alexa as she tells you the value of pi (which is approximately 3.141592653589… by the way). See – you learn all sorts here at Exarta!

Learn more about the Metaverse

Directions, dietary and workout habits, responding to social commands… All these things are super savvy when we interact with them daily. But, powered only by VI, the internal mechanisms of these devices are actually far less intelligent than they may seem. Don’t come for us, Alexa – we love you, really.

It’s important to note that VI is a program relative to Artificial Intelligence. Not equal to.

While it is designed to assist us, it does so within a controlled environment and by using pre-determined factors, like this:

If the given input (factors) fits the pre-determined criteria (controlled environment), then VI provides an appropriate (calculated) response.

Artificial Intelligence (AI) – Where We Want to Get To

Like VI vs AI is also a distinct subsection of computer science. But it takes things a little further.

Read more: The Exarta Metaverse Glossary – All You Need to Know

Programmed to perform actions and learn new techniques based on hidden patterns, they learn from human interactions with existing data sets.

Awesome, isn’t it? But we’ve got to remember that Artificial Intelligence is still in its early phases. That’s why we’re still largely relying on Virtual Intelligence for the time being.

So in our current sphere of technology, which is better?

Let’s break it down.

Ok, ok – so they’re technically both closed systems. But that doesn’t mean they’re exactly alike. In fact, VI actually doubles as both an open and closed system because of its ability to “feel things” instead of only completing tasks in the way that AI components do.

Differences between VI and AI: VI is thus best used for creative processes. AI systems on the other hand are ideal for achieving operational functions. And they do this more efficiently than any other technology.

VI may serve as a creative medium, but the technology isn’t so hot when it comes to active engagement. The average VI system can’t improve its network without developing all its components first. Only once all factors are calculated can VI systems determine and put in place positive alterations.

What on earth does that mean, you ask? Well, take the Google Maps example we used before. When in use, if you’re set to take a wrong exit before the final destination, what happens next?…

Because the app doesn’t warn you in advance. It doesn’t let you know that you are at risk of making a wrong turn, nor does it update your route while you are making the wrong turn. It has the audacity to wait until after you’ve gone totally off track before recalculating the results with the newly given input. Talk about leading you down the garden path. Jeez!

Read More: What is the Metaverse?

So your input (i.e. taking the wrong turn) must be fully developed before the VI map can recalculate and provide you with new route directions.

Virtual Intelligence falls short in error correction since it only focuses on damage control after an error has been made. And what use is that? Too little, too late, right? Now you’re late for lunch!

AI vs VI! AI differs completely. It doesn’t require the completion of all processes before determining what must be changed. Instead, machine learning can rectify problems as they become issues.

AI is always one step ahead of you. That’s why it performs more competently with operations since it doesn’t require a system to go wrong before the problem is corrected.

Virtual intelligence is, by design, a system that only copies the behavior of humans. VI programs achieve a state of abstract thinking and, therefore, can never move past the imitation stage.

Pffft, they’re nothing but copycats.

Artificial Intelligence, on the other hand, is a self-aware machine designed to make critical decisions and judgments. Technologies powered by AI can thus reason, learn, and act almost as freely as a human can.

And while an AI machine’s behavior may seem repetitive at first, the beauty of this type of system is that it can mature over time. This means that it has the potential to become more humanly supportive than any VI technology system.

Practical Applications – which is better?

Well, we’re clearly not sitting on the fence here. The difference between AI vs VI: That said, two technologies can benefit individuals and organizations for different reasons. As with any aspect of the Metaverse, choosing the suitable functions depends entirely on what you’re setting out to do.

AI is the ideal vehicle for companies looking to replace humans for specific tasks. Think operations and manufacturing lines, for instance. Likely, their long-term cost (with the emission of health insurance or accident compensation) will be far lower than the fees for covering human interactions.

Likewise, other high-risk scenarios can be covered by AI. In healthcare, for example. Medical students can reduce risk to real-life patients by immersing themselves in virtual environments to practice on digital twins.

In education, AI can adapt testing methods and learning practices while a student is in that learning environment. Or better educate retailers on purchasing behaviors while customers shop in their stores. Businesses can use automatic analytics and data orchestration to depict the audience’s interactions, interests, and preferences. From this, they can make improved decisions on products and ways to connect with consumers.

But it isn’t always a one-way street. VI may be your best bet if you’re looking to enter a techier space but at a lower cost. It’s no secret that the average VI machine costs less than an AI counterpart. That said, the long-term benefits of a VI system, however, are limited.

With more scope for mistakes and inefficiencies, not to mention the certainty that the human interaction required to combine with the open/closed system of VI will likely one day have to be replaced by AI anyway… You know where we’re going with this. AI is definitely a more attractive long-haul investment prospect (in our humble opinion, of course).

So, where does Exarta fit in with all this?

At the end of the day, there’s a reason why the world’s most influential organizations are rushing to embed AI into their strategies. It’s the future. And Exarta’s own proprietary AI engine is already ahead of the curve.

Read more: Artificial Intelligence and its Role in the Metaverse

Keep your eyes peeled. We’ve got something pretty huge coming. 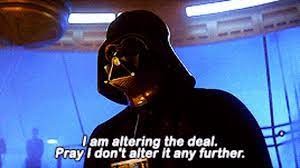 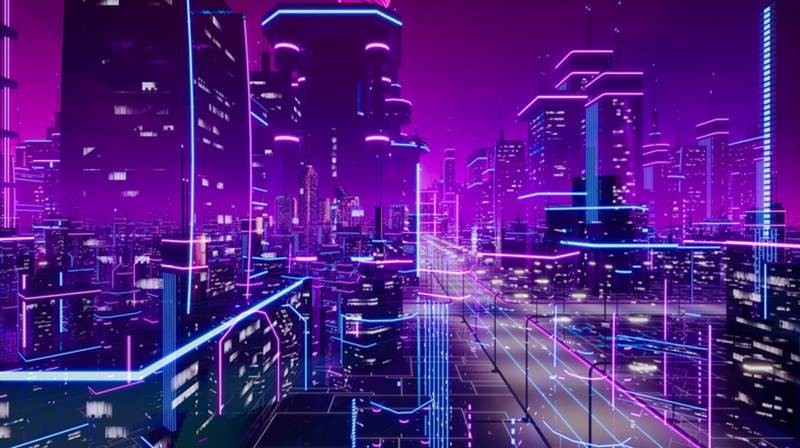 Technologies of the Metaverse, So while this new technology seems like something pinched from a Sci-Fi novel (well, it kind [...] Road to the Metaverse! How brands interact with their communities via the internet 2.0 has suited us fine, up to [...] Education in Metaverse! Albert Einstein once said that “once you stop learning, you start dying” – and we couldn’t agree more! [...] How do we define ‘Centralized to the Metaverse‘? Let’s go.  The term refers to the technologies, designs, and approaches that shift [...] Artificial Intelligence(AI) and its Role in the Metaverse It’s the festive season, and with shopping on everybody’s minds, we’re shining a light on the extraordinary impact that the [...]